Early Tennessee Settlers of the Watauga Settlement of Washington County

The brisk winds cascading through the Beech trees embrace the scenery as they flow through the air in eastern Tennessee. Washington, the oldest county of the state, allows the echoes of familiar sounds from the mockingbird and the bobwhite. The sun peeks through the tall majestic Tulip Trees as they reach for the blue horizon. This setting was known to the early settlers as they first stepped upon the soils of Tennessee. The waters of the Watauga River forms it’s boundaries to the north and the peaks of Buffalo Mountain, Jump Hill and Jackson Mountain border the eastern edges. Chimney Top points towards the western skies and reminds you of lands lying elsewhere. Many of the first settlers would follow the trails beyond this rich area of Tennessee. While others would remain and fold their wings forever devoted to the dream of settling west beyond the Appalachian Mountains during the 18th century. A great accomplishment, success ringing as the early settlements would emerge from the land. New cabins made from the fresh cut logs, cries from newborns as they breath the crisp air. A dream come true, to be free on fertile soil, to live among one another with joy and respect. Yes, the Watauga Settlement of Washington County was a success in every aspect of the word.

As the settlers made their way from North Carolina and Virginia, they traveled along many hunting trails of the Cherokee and the Catawba Indians. They were aware of their presence as they would gaze upon trail markers, arrowheads and remnants of villages left behind. This article will look more closely at these first settlers and peer into their lives filled with wilderness and new beginnings. Let’s journey back to the years just before the Revolutionary War and walk in the footsteps of long ago.

Pictured above is a current photo of Fort Watauga which was formally known as Fort Caswell. It’s original location has been the topic of debate for over two hundred years. New research and discoveries have substantiated the existence of the fort while providing the exact location of trenches with wood pillar remains. This places the fort on it’s original position and preserves the history of it’s residents and the history that accompanies it.

The first settlers arrived to the area during the years after 1765. They corresponded with the Cherokee and leased properties with mutual agreements during the year of 1772. Of course, it was illegal to purchase lands from the Native Americans, so this procedure seemed to work well for them for a short time. Once the Royal authorities found proof of their existence past the Proclamation Line, soldiers responded by informing the settlers to return to North Carolina and Virginia. Several families did in fact leave the area but many chose to stay. The numbers and surnames of the families staying on the Tennessee lands required the Royal Governors to react. Several furious members of the Cherokee tribe refused to adhere to the current 10 year leases and with the leadership of Dragging Canoe, they let their outrage be felt upon the early settlers. A Committee of Safety was organized and during the spring of 1776, Virginia was asked to annex the area. Virginia refused and in November of the same year, North Carolina agreed to annex the area. The Washington District was now known as part of the Royal Colonies. The construction of the fort was initiated during the spring of 1776.

The above is just a brief description of the early history and origins of the area. I will share much more details on this in future articles, such as the Cherokee attacks of 1776. But for now, let’s turn our focus on the people who arrived to the land known as Tennessee.

According to records, over 200 people were living in the Washington County area during the year of 1776. I have been able to discover 75 surnames from the time period of 1776 to 1782. Other documents reveal the deaths of some family members during Indian raids from 1775 to 1776 by the Cherokee. Also, sickness and accidents attributed to early deaths as did childbirths. Artifacts from the 18th century are still being discovered and answers from this historic area are slowly emerging from the past.

Washington County was once part of North Carolina prior to Tennessee statehood. So if you are researching your family history in this area, be sure that you’re looking in the correct location. If you have ancestors who lived in the Washington County area during the late 18th century, share your family with me. Let me hear from you !! Tennessee holds a vast amount of history and genealogy. I wish you great success with your research. Our ancestors left an amazing trail to follow. 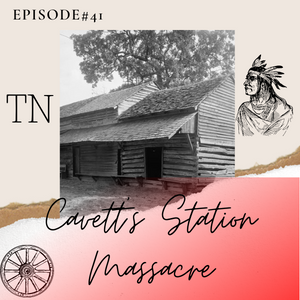