Journey Of A Lifetime: The Great Wagon Road

As September arrives, colonial families planning trips to the Carolinas are harvesting the last of their crops. They have decided what essential items to take with them and either plan to give the remainder away to friends and relatives or naturally leave them behind. For most families, the space within the wagons or carts consisted of farming tools, linens, and clothing with a few personal possessions such as sentimental keepsake pieces. October and November are the ideal traveling periods, and the weather is the primary factor. Clear autumn days with fewer storms and floods entice the would-be travelers for a less eventful and easy-going trip making this season the most popular. However, all trips during this period faced harsh conditions regardless of the route taken or the month traveled.

Wagons and carts are the primary vehicles used along the colonial roadways. Also prevalent were families walking the miles of wilderness roads while carrying their possessions on their backs or pulling a small sled behind them. In most cases, the size of the traveling party greatly depended on the type of transportation mechanism used. Many families traveled together in groups for this reason. Wagons owned by members of the group would allow organizing with space, food, livestock, cooking, campsites, guards, and much more. There leaves little to no doubt as the Great Wagon Road Project learns more about the actual planning that went into these long migration trips.

Rations to endure for a month seem to be typical among the families traveling the inland routes from Pennsylvania to the Carolinas. Each family or group carried various foods depending primarily on what was readily available within their departure area. The livestock rations or feed would have a secure place within the wagons or carts as well. Cooking utensils were vital as meals are prepared daily during the trip and at times during inclement weather. Families and groups planned their rations carefully before leaving and included local herbs, ointments, and teas for medicinal purposes. One can quickly see the advantage traveling in groups would have on the families. Combining the food rations, livestock feed, and medical items vastly enhances the survival rate during a long colonial trip.

The Great Wagon Road was prevalent from the 1740 decade to the 1770s. The timeline is crucial to identifying not only the route taken but aids in determining the supplies taken. As the stream of migrating families grew intensely along the roads, the commodities become less while the tools and other items seem to dominant the supply lists. These changes occur as business growth along the colonial routes flourish and expand, providing an accessible market for many areas during the trip. The actual weight of the cargo during the 1740 decade held high importance due to the supplies needed for the journey. By 1770, weight mainly consisted of personal items and not necessarily survival items as these materials were readily available to the public. During the ending years of the 18th-century, money, and currency change the packing habits of the previous decades.

Excitement and fear would dwell in the hearts of these early travelers. For many, they knew what awaited them from others who made the trip before them. The head of the family has weighed the pros and cons and decides to leave. Any outstanding debts and property are taken care of primarily before the trip begins. The majority will never return to their old home sites. Many will never again see old friends or relatives. A new chapter begins as they begin preparing for the journey during September. Each family holds certain traditions and customs. While these may change once they arrive at their new destinations, the time spent before leaving would allow reflections upon the past and creating new memories to last for a lifetime. Harvest time is a continuous gathering of friends and neighbors. It makes perfect sense that special celebrations would take place for leaving families.

By October and November, the wagons and carts would leave by sunrise. Walking or riding, they take their first steps towards a new landscape, new scenery, and a new way of life. Bells are ringing as the horses and oxen begin to pull their loads. One would be amazed at the shouting voices, reins lapping, and wheels hitting the earth as the count commences with every mile. The anticipation has been building to this point.

If you want to learn more about The Great Wagon Road Project, visit the project page at the link above. The research team utilizes every material available about the road and the people who experienced it. The years of the great migration contains family history for millions who are researching their family tree today. The history documenting early settlements of Winchester, Virginia and Salisbury, North Carolina, and Camden, South Carolina forever proclaim the importance of the first major highway in North America. For these reasons, The Great Wagon Road deserves recognition as a National Historic Trail. People forced the need for this road as early as 1729. Once the need was recognized and developed, the people reacted by traveling the road. The sheer numbers of people who embarked on a journey of a lifetime shout out for remembrance and preservation. The tens of thousands who journeyed this road shaped the southern colonies. They would later become very significant with their actions during the American Revolutionary War. The people of The Great Wagon Road changed the course of history due to their courage and strength.

Celebrate as the team gathers details about the preparations the families made in September. What are some of the items you think they packed for their trip? Our ancestors left an amazing trail to follow. Enjoy Your Journey Today To The Past. 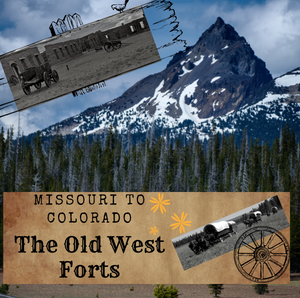