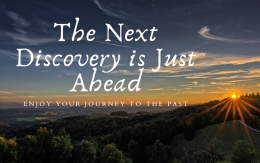 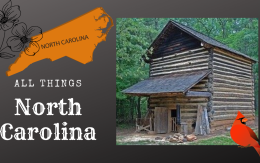 Welcome to the Family Pages of Piedmont Trails. Here you will find genealogy data, photos and documents from my own personal family. Sharing this information with you has been the main focus of Piedmont Trails from the beginning. Each individual link will take you to articles filled with family history, stories, photographs and so much more. I will be adding these periodically as time goes by. All photos, documents and data from these pages are the sole property of Piedmont Trails. You are welcome to use the information for your personal research only. For questions, comments, suggestions or queries, be sure to visit the Contact page. I want to Thank You All So Much for allowing me to share these timeless treasures of my family with you. Their voices and their lives will always be remembered by sharing my journey to the past. I want to extend a thought to each of you in hopes that you will discover a way to share your family history with others. Our future generations depend on each of us to preserve the past and our present daily lives.

My personal Brewster lineage dates to the voyage of the Mayflower and William Brewster(1566-1644) and his wife, Mary. My connections are linked to Patience Brewster Prence(1599-1634). Patience and Thomas Prence were married during the year of 1624. William Brewster, is my 13th great grandfather.

My Cromer line begins in 17th century Germany with Adam Kramer. He joined the Moravian Church and traveled to the colonies as a young man. Adam was a tailor by trade and was tormented with his faith and his daily tasks. After joining the Moravians and settling in with a content peaceful feeling, he was asked to travel the Atlantic Ocean to Pennsylvania. During the 18th century, the Cromer family migrated along the Great Wagon Road to North Carolina. The family lived among the Moravian settlements of Bethania, Bethabara and Salem until circa 1820. By the onset of the Civil War, majority of the family members traveled to Stokes and Surry counties and began worshipping the Baptist faith. Today, the Cromer Family can be found in Tennessee, Kentucky, Texas and beyond.

I have researched the Doss family for many years, tracing their footsteps to Patterdale, England during the year of 1634. Ambrose Doss immigrated to Virginia by 1650 with his wife and two of his children. Through the years, majority of the family were deeply rooted to their area and remained in Virginia until the early 19th century. From this period, family members migrated to Kentucky, Tennessee, North Carolina and Indiana. By mid 19th century, family members were scattered into far western territories, covering the entire nation.

My ancestor, Christopher Eaton(1756-) changed his surname from Valentine to Eaton just prior to the American Revolutionary War. The Valentine line originated from St. Gaudens, France and arrived in Long Island, New York circa 1641. Several branches of this tree migrated to New Jersey by the end of the 17th century and began migrating to areas of Pennsylvania, Maryland and Virginia by 1725. By 1750, family members could be found in southern Virginia and North Carolina. By 1776, the surname changed to Eaton and my lines settled primarily in Stokes County of North Carolina.

My Gibbins lineage begins in Philadelphia, Pennsylvania circa mid 18th century. The family migrated south following the Great Wagon Road and settled in Friedland. This was a small Moravian community where many early settlers arriving from Broad Bay, Maine became church members of the Moravian faith.

A Journey From Salem to Fresno-This article captures the life of Catherine Gibbins Richards(1810-1898) and her daughter, Joyce Fredrica Richards Hobson Osborne(1851-1939)

Recent discoveries have linked my personal family lineage to Constance Hopkins(1606-1677), daughter of Stephen Hopkins(1582-1644) and Mary Kent(1580-1613). Constance was 14 years old when she left England and sailed on the Mayflower voyage during 1620. Stephen, her father, married Elizabeth Fisher during the year of 1617. Stephen had three children by first marriage to Mary Kent. My 11th great grandmother, Constance and Giles(1607-1688) and Elizabeth(1604-before 1620).

My Johnson lineage in America begins with immigrant, Dr. Michael Johnson of Derbyshire, England. Arriving in Virginia circa 1691. this family remained in the area until circa 1742 when members settled in North Carolina. After the American Revolutionary War, several family members ventured further west into Indiana Territory during the year of 1824. Today, family members can be found in every state of the United States.

My McBride line arrived during the mid 18th century to Maryland. They then began migrating southward through Virginia and into the Carolinas. Three brothers settled in present day Rockingham County, North Carolina just prior to the American Revolutionary War. These brothers established a mill along Troublesome Creek and prospered during the war. Present day members of my line can be found in Virginia, North & South Carolina, Kentucky, Tennessee and all throughout the Midwest.

The Life of John “Jack” McBride

A Memory & A Father’s Love

I have traced the Motsinger family to early Wurttemberg, Germany during the 14th century. Over the years, my lineage traveled to Switzerland and were present in this area beginning in 1501. I have also located records in France during these early years that pertained to family members. My lineage remained rural and farmed for their survival. By the late 17th century, they were living in a small village named Marthalen. My lineage traveled to Pennsylvania during 1735 and to North Carolina by 1760. Family members traveled west to the Indiana Territory after 1790 and settled all throughout the United States.

Shadows On The Heart-This article captures the life of Elizabeth Smith Motsinger(1841-1905) and her children.

Recent discoveries have surfaced proving my family lineage to George Soule(1601-1671) and his wife, Mary Beckett(1605-1676). George was a servant to Edward Winslow and sailed on the voyage of the Mayflower during 1620. He married Mary during the year of 1626 and had nine children. I am linked directly to his second son, John Soule(1632-1707).

My Weavil lineage embarks from the shores of Rotterdam during the early 18th century. They arrived in Philadelphia and took their oath to the King of England before settling in Pennsylvania. Soon after their arrival, they embarked on a journey to North Carolina and settled along the banks of Abbotts Creek in present day Davidson County. Here the family prospered as farmers and respected members of their local community. Over time, relatives of this original family began to migrate all throughout the United States. One member actually participated with the Oklahoma Land Rush during 1889. The adventures of this fascinating family reaches a plateau of unimaginable heights.